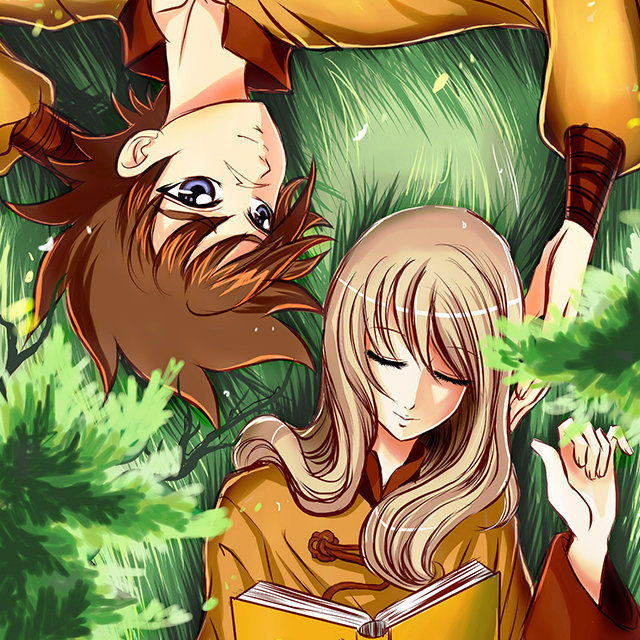 “When a young prince fails to uphold his family’s tradition of superior sorcery, his mother seeks a magical tutor from a neighboring kingdom. Prince Autumn would never have expected that his new teacher would also be his rival for the throne. What starts as a harmless competition between children explodes into a savage, global war that results in the execution of both their families. With a bounty on their heads the boys must set aside their differences if they want to survive. Just when the boys think things can’t possibly look more grim, a force more terrible than war descends from the heavens.”

Otonashii can’t begin to understand why the monk would choose such a dismal story to read on a night like this. After having his heart stomped on by his secret crush he would have hoped the old priest would have chose a story that was at least a little more comforting. He wouldn’t dare protest this far in though, he always did love a good story.

I really liked it, In my opinion it was very interesting